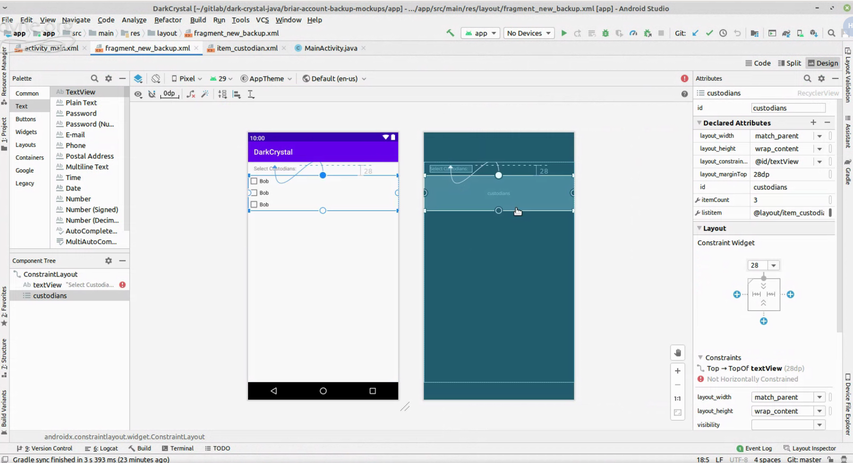 At this stage we begin a mock-up of the user interface. We considered using a UI design tool such as Figma for this, but eventually decided to make the design ‘for real’ using android studio, to avoid needing to convert the design, and mitigate encountering any android-specific issues later.

So we now have a fork of Briar with this feature present in the user interface. But it is a mock-up, meaning nothing actually happens on the back end when these options are chosen. This way we get a good impression of how the feature will look and are able to get feedback on it before implementing the back end component. 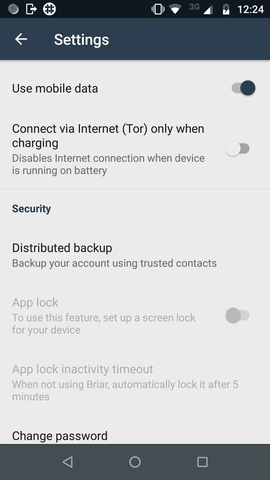 Here we can see the ‘Distributed backup’ option in Briar’s settings menu. 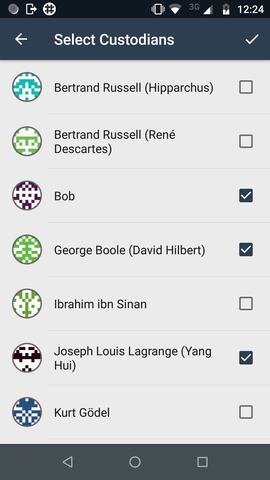 We select custodians from our contacts list using check boxes 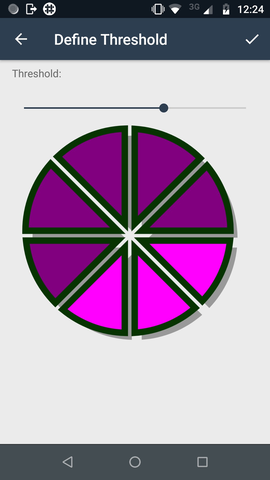 The threshold is chosen using a slider, with an image giving a visual representation of the proportion of shards needed to recover. 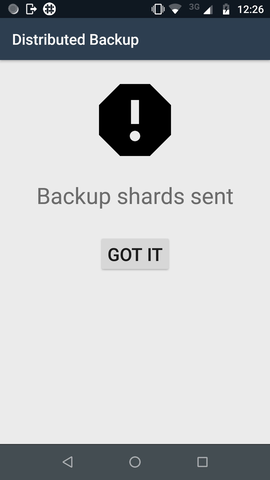 Confirmation that shards are sent. 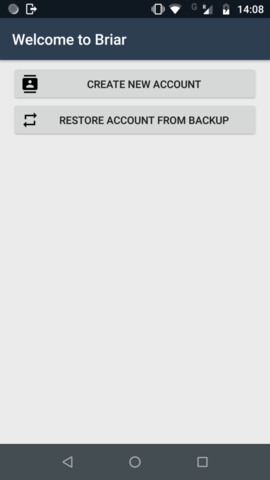 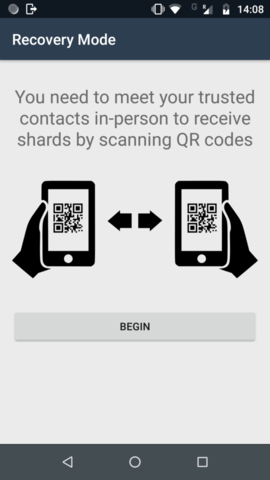 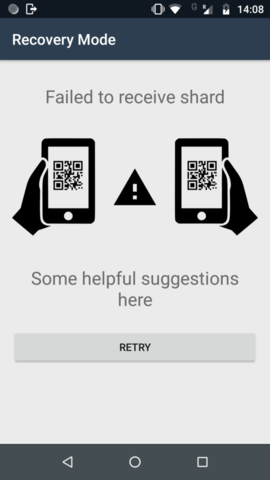 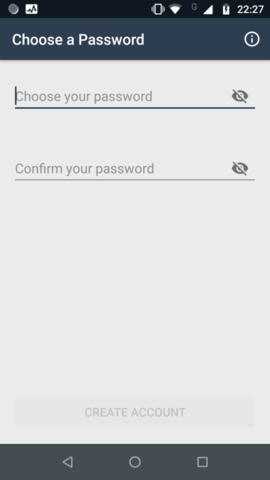 ‘Help recover account’ option chosen from the options menu on the screen for the conversation with the secret owner. 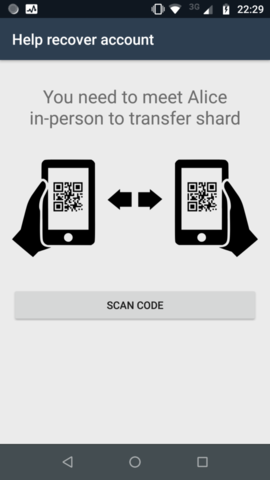 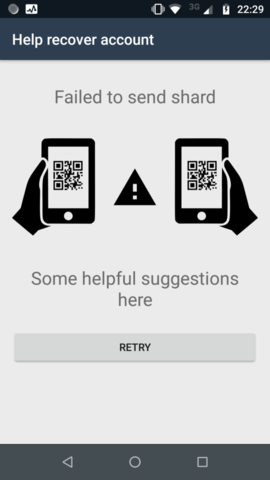 We discussed whether to require a ‘mutual’ QR code scan, where each party both provides and receives a QR code, rather than a single QR code scan. Requiring a mutual scan would make things harder for an attacker, but some Briar users have reported that they find the process of a two-way QR code scanning confusing (mutual scanning is used in exchanging contact details).

If we would only require a single scan, we discussed which party would provide the code. Imagine an attacker had a hidden device at the site where the QR code exchange took place.

Lets suppose the custodian provides the code. If the attacker is able to capture the QR code with a camera, and connect electronically faster than the secret-owner, they could potentially intercept the shard.

But if the secret-owner provides the code, the attacker has the opportunity to provide a ‘false’ shard, sabotaging the recovery process. But they gain no information, and the recovery can still take place later. So if only one party would provide a code, it should be the secret owner. If we want to improve security at the cost of a more confusing user experience, a mutual QR code scan should take place.